Take control of a robot and catch fishes by swinging across the underwater landscape using her super ultra stretchy hair.

This is a more polished version, complete with a new mode:

This is pretty much the 7-day version:

Things that didn't make it:


All new development progress will happen at Gamejolt. Once all the other stuff I wanted to add are done, the game will be released on Newgrounds. For now, I need to see if it's worth developing this game further. 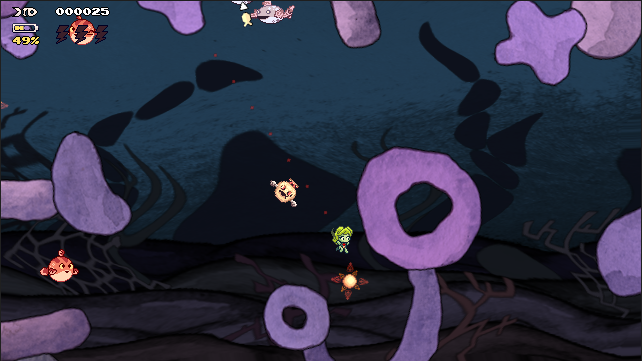 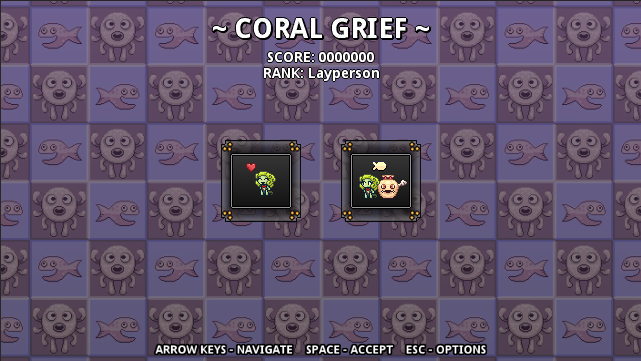 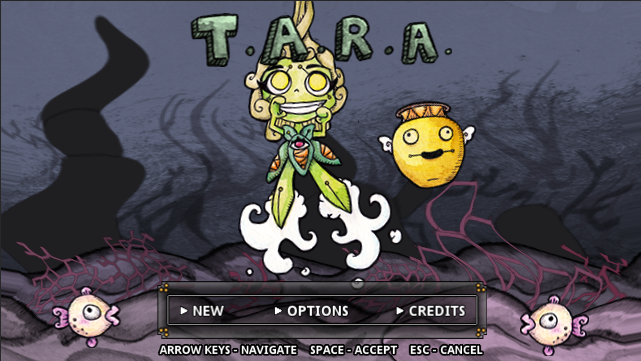 Concept Art! I got really interested and decided to make a water-colored concept art for this.

Here's a mock-up of the gameplay:

I suppose in a sense, it's a ninja-rope game

The idea is to chase after fishes and knock them out, then collect them before your battery runs out.

Boost allows you to change your trajectory in mid-air, use this to knock fishes out. They can be collected once they get knocked out. Certain fishes are stubborn and will require more beating.

Avoid knocking yourself out if you are moving too fast and you hit the landscape. Getting knocked out means you get stunned and you will be unable to perform any actions until you land. There are various hazards underwater as well. These will stun you, quite possibly eat you, and drain a small amount of your battery.

That's pretty much the core mechanics in a nutshell!

Here's some notebook shots, if it's of any interest. Gonna see if I can post a demo later tonight!

I love your drawings! This is going to be super cool, good luck!

It's shaping up well, controls and gameplay pretty much works. I hope to release something playable soon and focus on all the art.

first expected a bot, like a utomatic AI that fishies for you, but this is even cooler
nice art
PLAY my fishgame
http://www.kongregate.com/games/hannesd ... lapthefish

I love that painting!
@Inskora

very nice. nice drawings, by the way
https://twitter.com/btxsqdr and http://btxsqdr.tumblr.com

Gameplay is pretty much done. I had to take a break from coding and start adding art...which also requires more coding to associate them with actions in the game

I ought to just add all the assets needed for at least a level before I finish up the gameflow, we'll see.

Any pixel artists here are welcome to comment and critic my noob-pixel-art skills.

Prototype up and running!

Love the concept, remind me of worms xD

Keep up! Looking forward to play the finished version!

It's practically the roping mechanic in the old worms game, I think from Armageddon or 2. I've always wanted to play just the roping aspect of it and this is basically me trying to remember how it works.

Also, updated prototype, there're two game modes you can play in. Gameflow is coming along.